About
CAES / Bee Program / About / Jennifer A. Berry 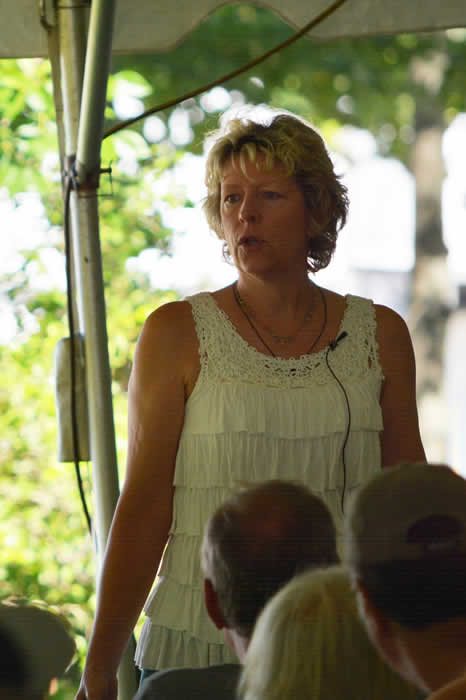 For over 22 years, Jennifer Berry has been the Apicultural Research Professional and Lab Manager for the University of Georgia Honey Bee Program. Her research objectives have focused on queen breeding, improving honey bee health, the sub-lethal effects of pesticides on beneficial insects and IPM techniques for varroa and small hive beetle control, weeds for bees, and what best to plant in non-traditional horticultural landscapes to enhance pollinator populations and diversity. Recently she has become a PhD student and has started teaching the UGA Entomolgy course “Bees, Beekeeping and Pollinator Conservation” alongside Dr. Kris Braman.

More recently, Jennifer has undertaken several ambitious campaigns to educate people from all walks of life. She’s volunteered in Central and South America to teach women and young teens the art of beekeeping in order to enhance their ability for better employment. Jennifer has also been instrumental in launching the Georgia Beekeeping Prison Program. Since its inception, numerous prisons have been added to the fold and are now teaching beekeeping behind bars. Along with learning how to keep bees, inmates are also certified through the University of Georgia Master Beekeeper Program. To date over 160 inmates have become certified beekeepers with several advancing to Journeyman and Master Beekeeper levels. She is also dutifully educating the public about the importance of pollinators and other beneficial insects and how to encourage their populations.

Jennifer is an occassional columnist for Bee Culture magazine and for other publications across the pond. She travels extensively to speak to local, state, national and international students, groups and beekeeping associations. 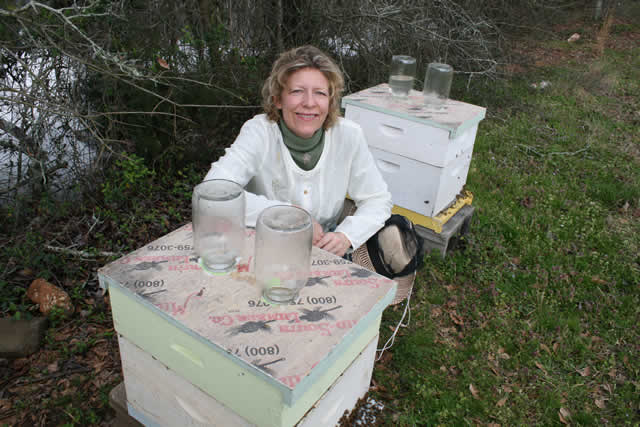 This research was designed to test the effects of comb age on honey bee colony growth, brood survivorship, and adult mortality. Experimental old combs were of an unknown age but were characteristically dark and heavy similar to combs one or more years old. New combs were produced just prior to the beginning of the experiment and never before had brood reared in them. Either old or new combs were installed into each of 21-24 nucleus colonies in each of three years of field study. On average, colonies with new comb had a higher area (cm2) of brood, area (cm2) of sealed brood, and weight (mg) of individual young bees. Brood survivorship was the only variable significantly higher in old comb. Laboratory assays suggested that mortality of adult bees was lower when adults were housed on comb of an age class similar to that in which they were reared as immatures. 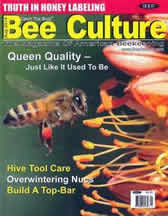