The Effect of Pesticides on Bees 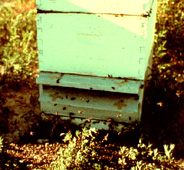 Pesticides are substances used to eliminate unwanted pests. Insecticides rid us of unwanted insects. Unfortunately, honey bees are insects and are greatly affected by insecticides.

There are several ways honey bees can be killed by insecticides. One is direct contact of the insecticide on the bee while it is foraging in the field. The bee immediately dies and does not return to the hive. In this case the queen, brood and nurse bees are not contaminated and the colony survives. The second more deadly way is when the bee comes in contact with an insecticide and transports it back to the colony, either as contaminated pollen or nectar or on its body.

Apply pesticides in the evening

Many pesticides are extremely toxic to honey bees and other beneficial insects. Honey bees are attracted to blooming flowers of all types. If at all possible do not spray blooms directly with pesticides. If the bloom needs to be sprayed, apply the pesticides in the evening hours. Honey bees forage during daylight hours when the temperatures are above 55-60°F. As the sun begins to set, they return to their hives for the evening. Thus, spraying pesticides in the evening hours can greatly reduce honey bee mortality because the bees are not in the fields.

Choose the appropriate formulation
The appropriate choice of formulation is another way to avoid honey bee pesticide kills. Pesticides come in different formulations: dusts (D), wettable powders (WP), soluble powders (SP), emulsifiable concentrates (EC), solutions (LS), and granulars (G). Solutions, emulsifiable concentrates, and granulars are the best formulations to use. Solutions and emulsifiable concentrates dry quickly and do not leave a powdery residue unlike the dusts and wettable powders. Granulars are similar to dusts but are larger in particle size. They are applied into the soil or broadcast on the surface of the ground. They are seldom used on blooming plants and are essentially non-hazardous to bees. On the other hand, dusts and wettable powders will adhere to the thousands of tiny hairs found on the body surface of the honey bee. These dust particles are then transferred back to the hive and stored along with the pollen. This can cause an entire colony to collapse if the pollen is fed to the queen or the brood.

Use less toxic, rapidly degradable pesticides
Using less toxic pesticides that degrade rapidly is also important in reducing honey bee mortality (See Table of Insecticides and Miticides for pesticide toxicity and residual time). Many of the newer pesticides being marketed today have a faster residual time which is the time required to reduce the activity of the chemical to safer levels for bee activity. When these pesticides are sprayed in the fields, it takes only a few hours for them to degrade as opposed to a few days or weeks.

The method of application can also change the risk of pesticide poisoning. Aerial applications have the highest potential risk for causing bee kills. Most bee kills occur when the pesticide drifts or moves from the target area into the apiary or onto crops attractive to the bees. The outcome of drift can be catastrophic. Spraying during windy days greatly increases the risk of drift. Using granular formulations, soil treatments or equipment that confines the spray to the intended target can help reduce the risk of drift from pesticides.

The location of your apiary is probably the most important factor in eliminating the risk of pesticide poisoning. The farther colonies are away from fields or orchards that are treated with pesticides, the better chance the bees have against pesticide poisoning.

Establish apiaries at least 4 miles from crops being treated with toxic materials and subjected to drift. However, if your apiary is already located in an agricultural area where pesticide use is high, moving your bees may be the best insurance against future pesticide kills since preventing honey bees from foraging on pesticide-contaminated flowers is almost impossible.

If moving is impossible, covering colonies with a well-ventilated screen to restrict honey bee flight during peak foraging hours may be your only course of action. However, this method has dangerous side effects and could lead to higher mortality than would have occurred from pesticide exposure. Colonies may have difficulty controlling their hive temperature when confined and can easily overheat, so care must be taken. Providing water inside the screen will allow the bees to reduce temperatures. Do not keep the colony covered for more than two days. Covering the colonies with large wet burlap sacks and providing them with shade is another method for preventing overheating.

Colonies that have been exposed to pesticides may recover if proper steps are taken. If a colony has lost a majority of its field force but has plenty of honey and pollen it will usually recover without any help from the beekeeper.

If brood and nurse bees continue dying, the pesticide is present in the hive, probably in the pollen supplies. The colony will continue to die as long as the poison remains in the hive. In these cases the combs must be cleaned or removed. Soak the combs in water for 24 hours. Then wash the pollen from the cells and allow the combs to dry. Another method is to remove the wax comb and replace it with new foundation.

To help colonies recover from bee poisoning, feed the colonies sugar syrup, pollen, and water, add a package of bees or combine weak colonies, protect bees from heat or cold, and move them to a pesticide-free area with natural nectar and pollen sources.